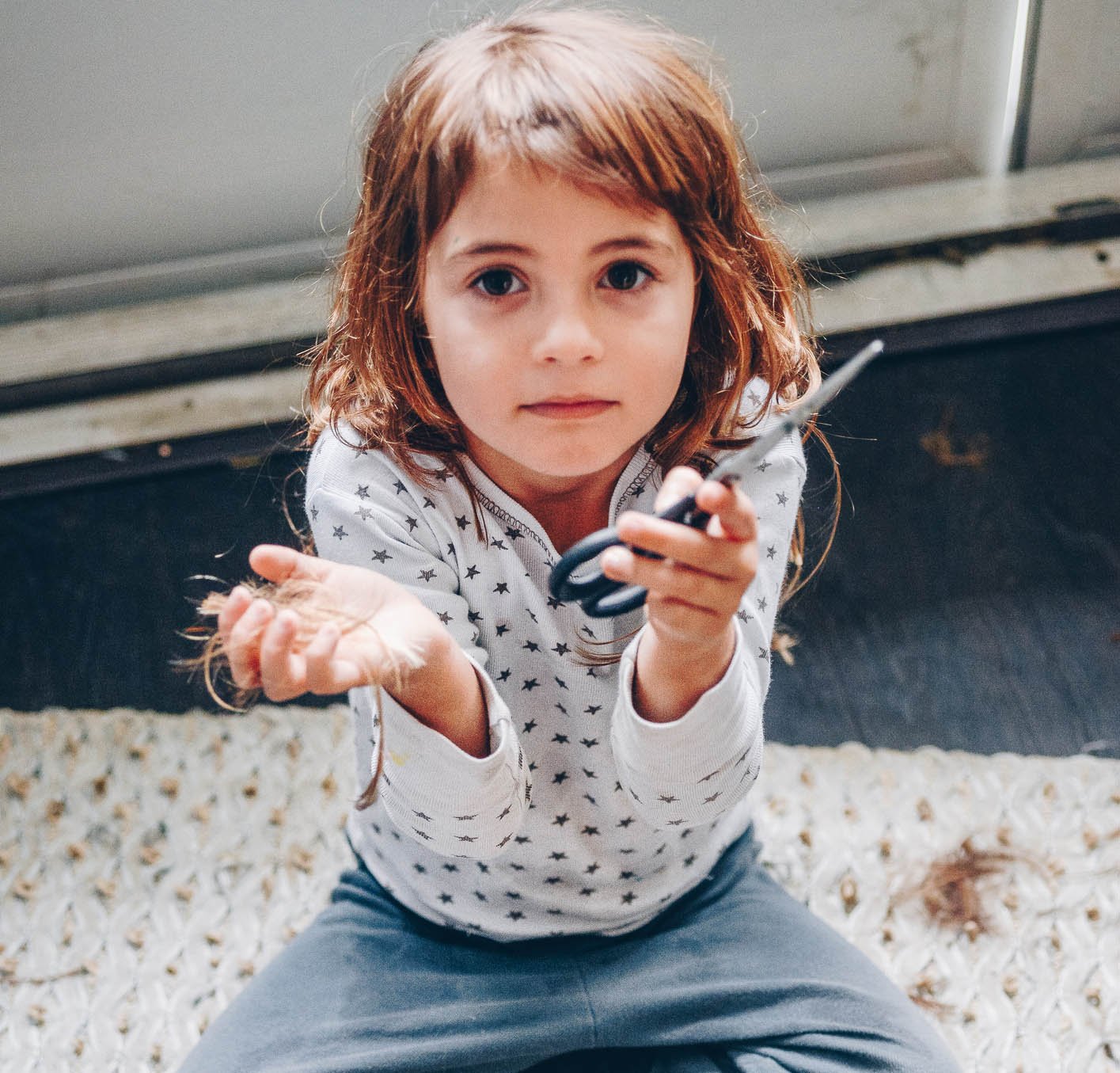 How to Avoid Some of the Biggest Celebrity Estate Planning Mistakes

Do you want to experience the lives of your favorite celebrity…if only for a day? Maybe so. But what you wouldn’t want to emulate are the mistakes some celebrities make with their estates. Here are three of their biggest estate mistakes and how you may be able to avoid them.

Would you like to swing the bat…and throw a splitter like Shohei Ohtani? Or get deep into character like Tom Hanks? Maybe write a revenge song like Taylor Swift? Let’s face it, we can’t help but idolize some of our favorite celebrities. But while admiring their talents and fame, we may also learn a thing or two from them. And sometimes we learn what not to do! For example, some of their biggest mistakes come from their estate planning.

So, while you may not have as much money as Oprah, it’s still important to have an estate plan in place. An effective estate plan can protect you, your loved ones, and your assets. Here are what we believe to be three of the biggest celebrity estate planning mistakes and how you may be able to avoid them.

Mistake 1: Dying without a will

What happens if you don’t have a will? Then your property passes by intestate succession–meaning the state divides your assets. Each state has its own intestacy laws, but most use the Uniform Probate Code as the starting point. And, in general, they distribute wealth “in a manner that closely represents how the average person would have designed his or her estate plan, had that person had a will.”1 But the “average” person might divide assets differently from how you would. Unfortunately, if you don’t have a will, your intentions are moot.

The musical artist, Prince, famously died without a will. As a result, the probate laws of Minnesota had to decide who would inherit his estate and how much. If Prince had a surviving spouse or children, they would have taken precedence. However, Prince was twice divorced and had no kids.

Prince had six siblings and half-siblings, all claiming to be his rightful heirs.2 Unfortunately, a Minnesota judge was tasked with divvying up his $156.4 million dollar estate3 since probate action allows anyone who believes they are entitled to an estate the opportunity to claim it. Not surprisingly, upon Prince’s death, many people started to come out of the woodwork.

Several people claimed that Prince had promised them money because they had helped Prince in the past. One individual who was a federal inmate claimed to be his son. To top it off, the IRS also got involved, stating that the taxable value of the estate was worth more than what was listed in the estate tax return.4 All of these claims delayed the probate process for six years.

The real winners? Lawyers and consultants racked up tens of millions in fees to administer his estate. By the time the estate was finally settled in early 2022, two of Prince’s half-siblings passed away with two more in their 80s. The estate was evenly divided between Primary Wave, a music company, and three of Prince’s siblings.5

Prince wasn’t the only famous person to die without a will. Jimi Hendrix, Bob Marley, Sonny Bono, Michael Jackson, Steve McNair, and Howard Hughes were also in the “will-less” club.6 Maybe some of these celebrities didn’t expect to die when they did. If so, it’s a scary lesson to learn, because regardless of your stage in life, creating a will is the key to carrying out your wishes and avoiding lengthy and costly delays.

Fortunately, actor Heath Ledger didn’t make the same mistake as Prince. He had created a will in 2003 that left his $50 million fortune to his parents and three sisters.7 Unfortunately, he failed to update the beneficiaries in his will when his daughter Matilda was born.8 This meant that upon Ledger’s passing in 2008, his 2-year-old daughter was left with nothing. Luckily, Ledger’s family passed on the entire estate to his daughter. Because the will wasn’t updated, they could have rightfully done nothing and kept the money.

Singer Barry White faced a similar situation when he passed away in 2003. He also failed to update his will when his circumstances changed. While Ledger failed to add beneficiaries, White failed to remove beneficiaries. He was separated but not yet divorced from his second wife. After his death, she inherited everything, leaving nothing for his nine children and live-in girlfriend of nine years. As a result, two of White’s children and his girlfriend sued White’s ex-wife.9

To avoid these costly issues, you should update your will annually or earlier if you have a life-changing event. This will ensure that shifts in your wishes are reflected in your will.

Mistake 3: Failure to place assets in a trust

A trust is a legal entity that can eliminate or reduce estate taxes, avoid probate, and protect assets for your beneficiaries. Also, heirs typically gain access to assets in a trust faster than assets transferred in a will.

Michael Jackson had done the smart thing and created a revocable living trust for his children and his mother. Unfortunately, Jackson never funded the trust. To fund a trust, you must physically retitle assets in your name to the name of the trust. Any asset not in a trust will have to go through probate. Because Jackson’s entire estate was left out of the trust, the probate process took over.10 The presiding judge had to dictate how much his heirs would receive during the lengthy court process.

When used properly, a trust can streamline the process of transferring your assets to your beneficiaries as well as keep your asset private and out of court. Like a will, funding your trust is an ongoing process. Every time you acquire a new asset, you will need to place it in the trust’s name.

Not assembling a good team

Creating an estate plan is extremely important. But so is keeping it up-to-date. Because ensuring the transfer of your wealth on your own terms while preventing potential family conflicts is one of the best things you can do for your family.

But you don’t have to do it alone. Surround yourself with the proper team—an estate lawyer, wealth advisor, and tax professional—who can guide you along the way. They can help you design the appropriate plan, update it regularly, and recommend changes as new laws are passed or your circumstances shift. In other words, they can help you navigate the complexities of your estate and use their expertise so you can avoid making similar mistakes to those made by these celebrities. 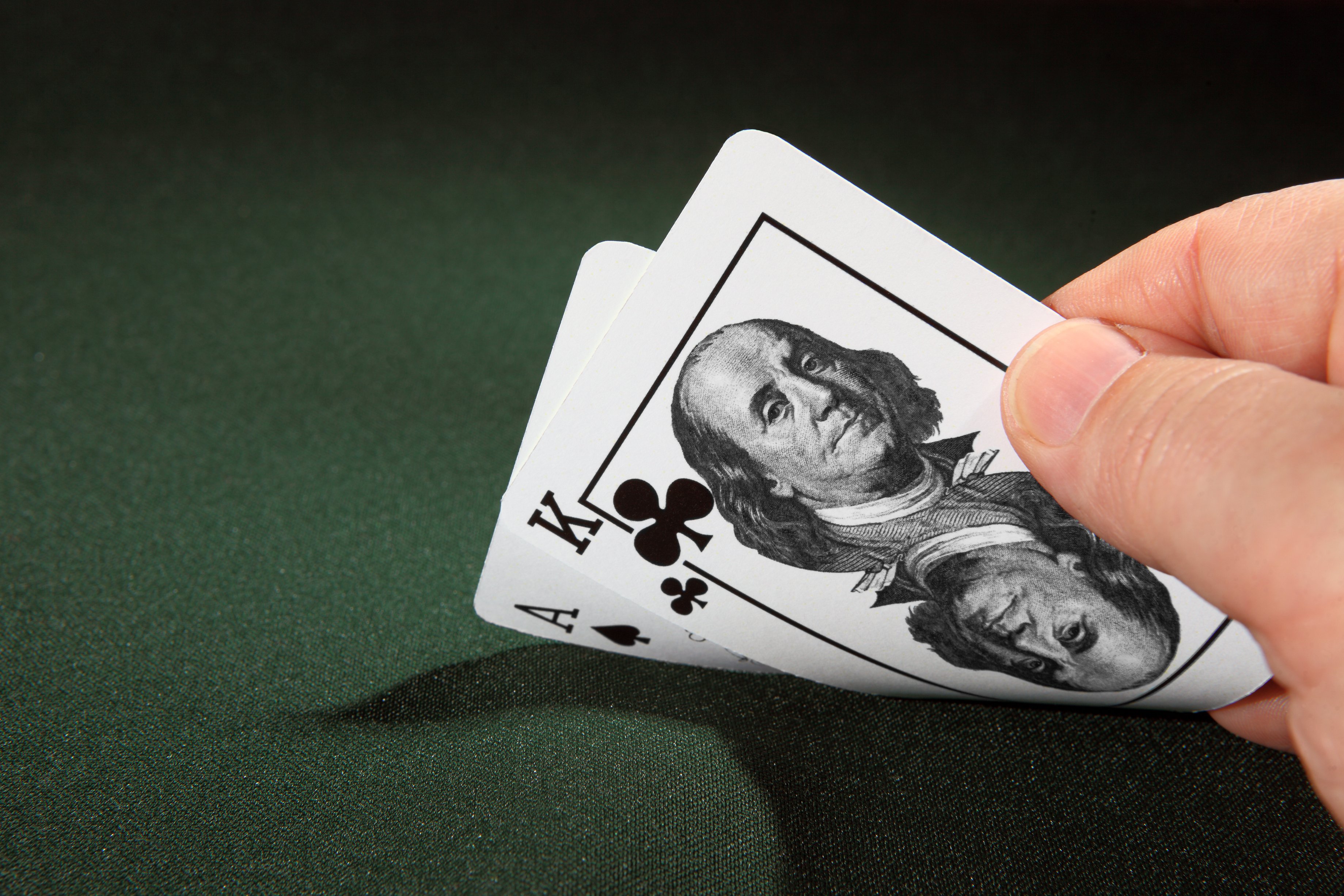 Which Trumps: Your Will or Beneficiary Designation?

You have worked hard for your wealth. The last thing you want is for it to go to the wrong... 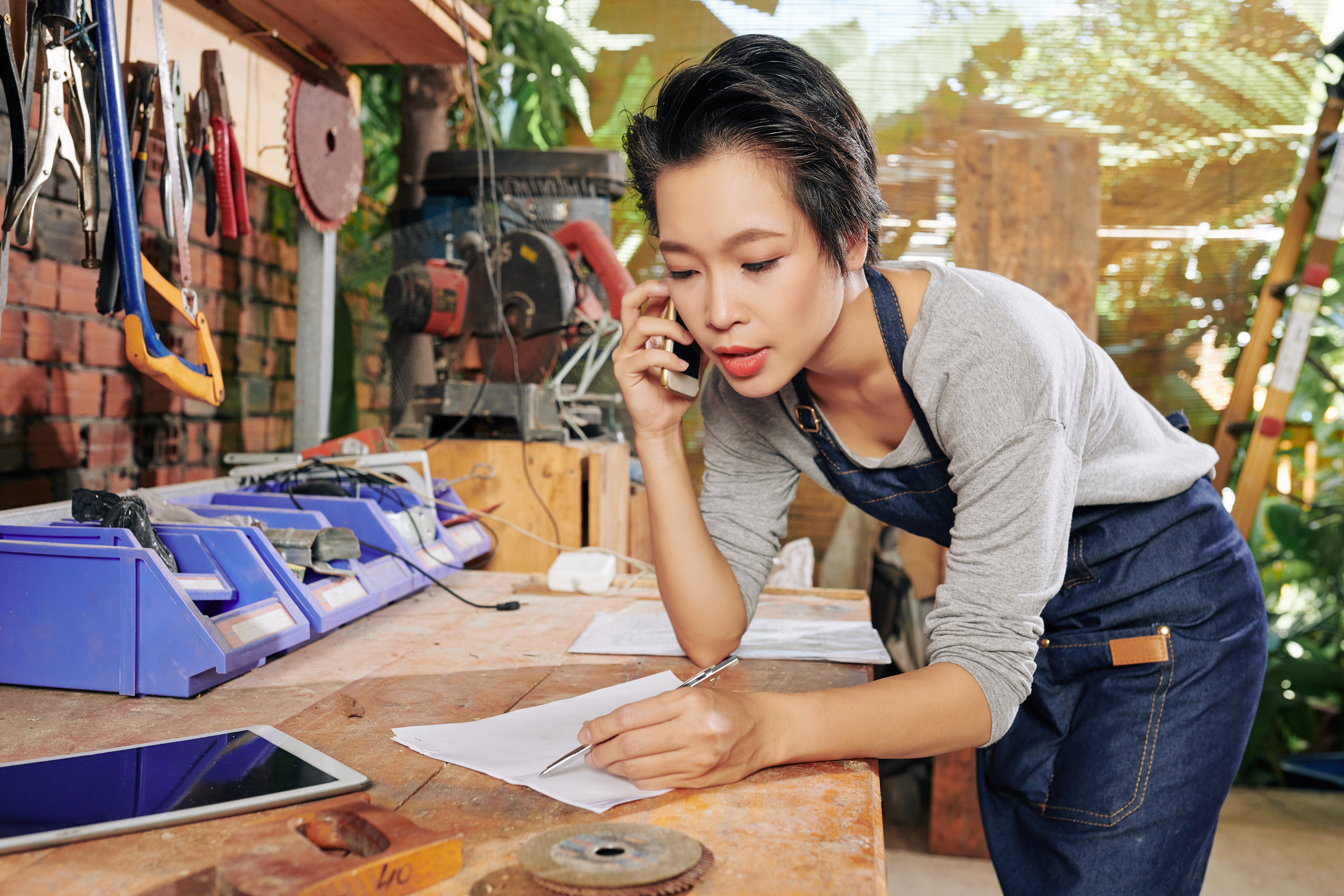 If you’re like most small business owners, then your business is probably your baby…and likely... 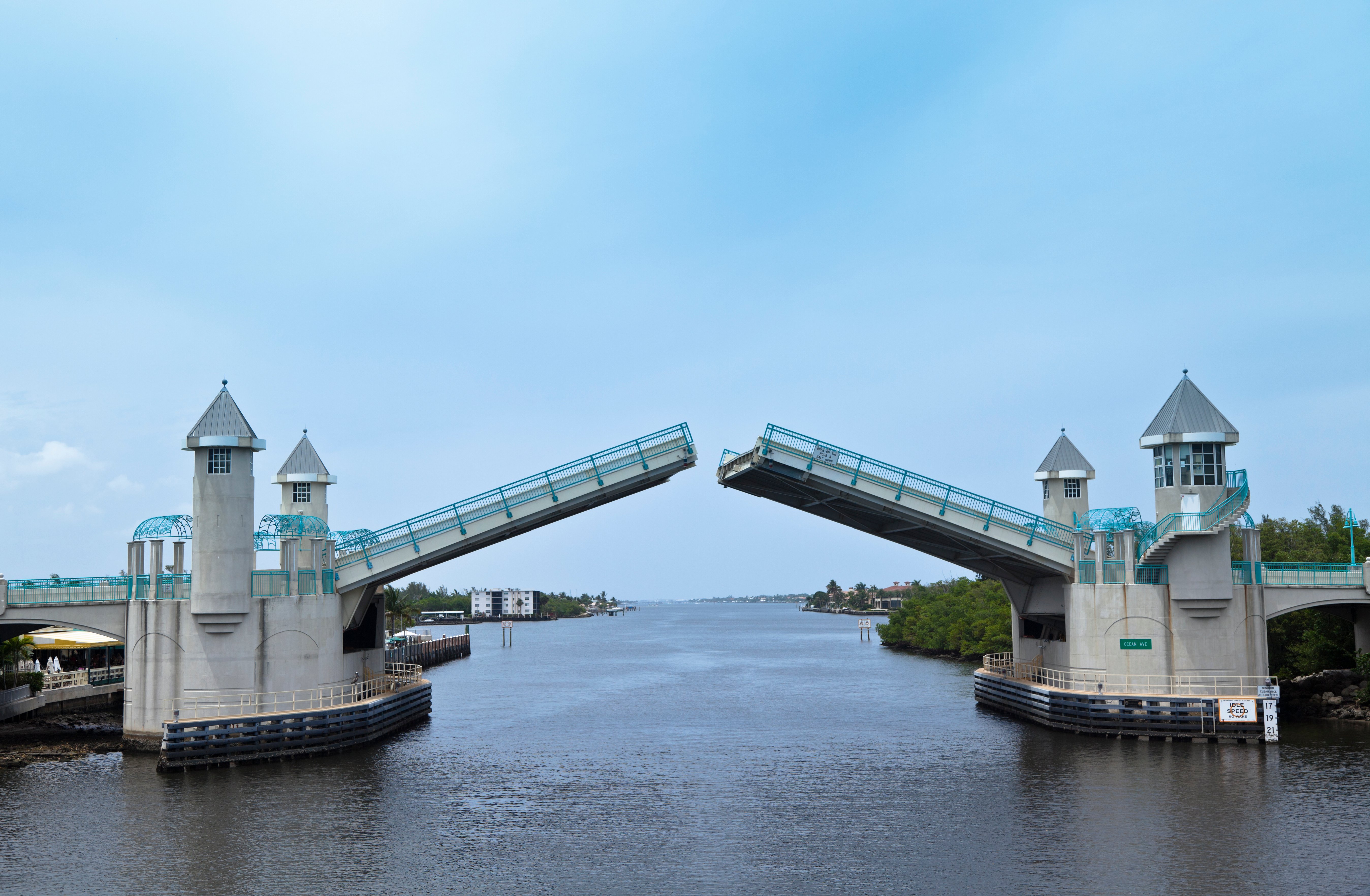 Retiring Early? How Can You Bridge the Income Gap

Retiring early is a dream for many. For others, it may be a necessity or an unexpected development....