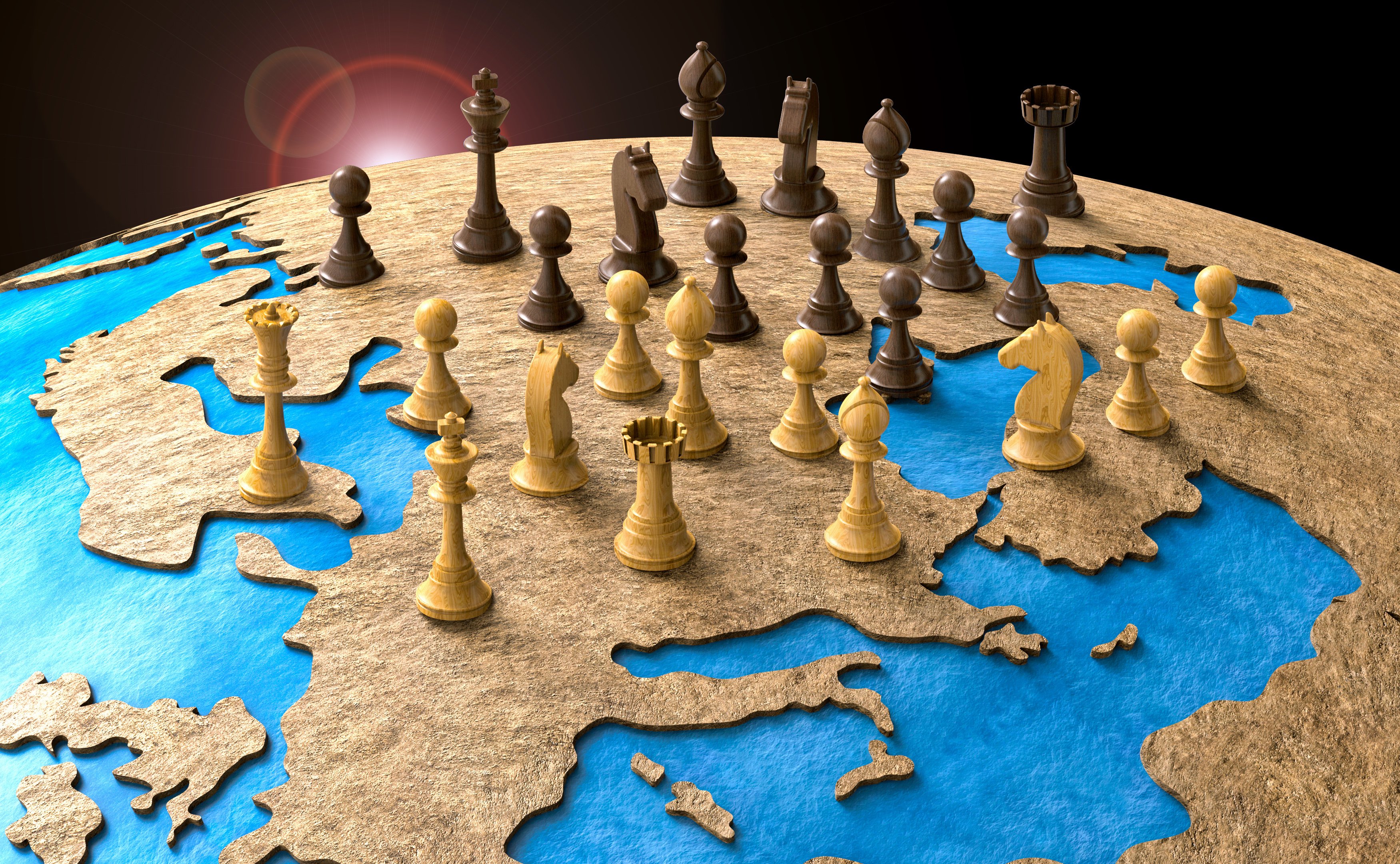 How Do Geopolitical Risks Impact Your Investments?

It should go without saying that investing involves risk. And when investing in U.S. multinational or non-U.S. companies, there’s the added element of geopolitical risk. So how can investors determine if the benefits outweigh the risks?

The pandemic taught us many lessons. But none may be more pronounced than how massively interconnected the world is—often in ways none of us had known before.

Globalization has been a boon for many companies, as it has allowed some to compete in new markets or become specialists in niche areas. Some labor markets have also benefited with more opportunities, while others have been hurt (U.S. manufacturing, for example).

But while benefits abound, there are also some adverse effects from global trade. For example, consider the multitude of supply chain bottlenecks when one country closes its factories due to COVID-19. Or when a significant supplier of global wheat is embroiled in a war. These are glaring examples. However, there are more subtle ones, too, like changes to the work week in France or passing a government subsidy for local industry. These regional shifts may impact the operations of companies in those regions and their trading partners.

So when investing in non-U.S. companies or even in U.S. companies that derive a significant portion of sales from overseas, how can investors weigh geopolitical risks?

There’s a big world out there

Let’s start with a simpler question: Why bother investing beyond the U.S. anyway? It’s hard to put forth a valid argument that investing beyond the U.S. makes sense. But while the U.S. stock market has significantly outperformed developed international and emerging markets since 2008, that hasn’t always been the case. In fact, from 1999 through 2007, emerging markets were the best by a long shot, while the U.S. achieved significantly lower returns.

Another reason is that the world is enormous. The U.S. makes up only about 20% of global GDP but holds up to 60% of the value of all listed securities. The rest come from overseas. But that's not all. 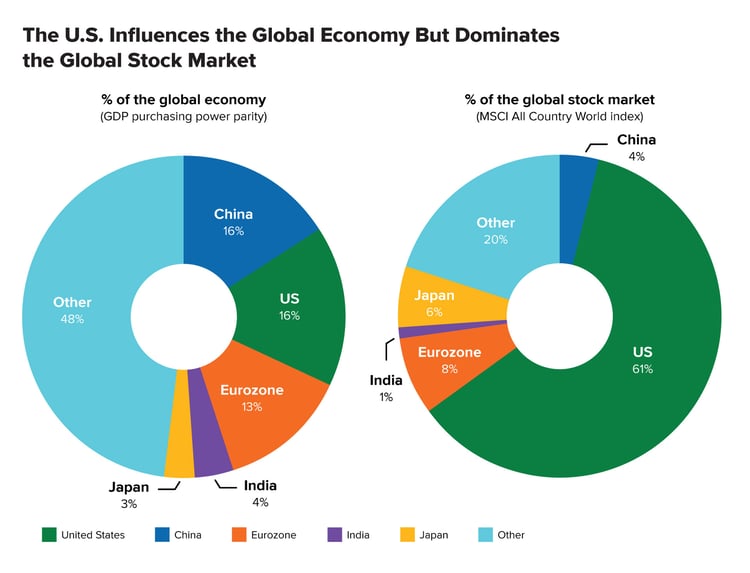 The U.S. market is largely efficient, making it more difficult for investors to outperform. But the non-U.S. market is not. A lower investing culture internationally can increase the odds of mispriced securities, providing an opportunity to cash in on these inefficiencies.

And finally, the U.S. market tends to be expensive. Currently, it is trading at 22.9x trailing earnings, while the global market is at 12.1x.1

It seems so straightforward—find the world's best companies and buy them in your portfolio. But of course, it's not that easy for several reasons.

First, there are currency impacts to consider. For example, the U.S. dollar is stronger now than most other currencies. So that means that U.S.-based companies selling their goods overseas are at a disadvantage because their goods appear more expensive than those from local providers. Similarly, sales revenue falls when a U.S. company translates its foreign sales into U.S. dollars.

Second, every region has local laws and customs that may affect business operations. For example, say you have two companies who manufacture pasta. One is in Italy (of course!), and the other is in the U.S. The Italian company may have a higher risk now because of the upheaval following Prime Minister Mario Draghi's resignation. There's a fear that the newly elected government will be anti-EU and try to break from the eurozone, which could pressure local companies financially.

Finally, tensions between countries may unintentionally hurt certain companies or industries. The Russia/Ukraine War is a current example. As fears of an invasion manifested and sanctions followed, investors fled Russian investments. So even if a Russian company was a global leader, its stock was likely hard hit by the war.

So how could investors account for these heightened risks?

Many professional investors factor risks like these into their investment mosaics so they can draw a complete picture of the possible investment opportunity. At Motley Fool Wealth Management, we use a four-pillared approach by which we assess a company based on its management, culture, and incentives, economics, competitive advantages, and trajectory.

So, say, for example, that a geopolitical event occurs, our investment case may falter as a company's economics, competitive advantages, and trajectory could be harmed.

By how much? That’s a tougher question to answer.

Since no one has a magic eight ball (that really works!) and the future tends to be less certain than the here and now, investment models often assign probabilities to certain situations or outcomes. But of course, as the pandemic highlighted, not every incident can be foreseen, so shocks will periodically occur.

Let’s walk through an example of a broadly-owned international company—Taiwan Semiconductor (TSM).* Some investors believe this company—deemed the world's foundry—is the undisputed leader in manufacturing complex, leading-edge semiconductor chips. Competition from other chip manufacturers to make these high-level chips is low because TSM optimized its factories over several decades to produce advanced chips at the lowest costs. So it would be costly, complicated, and time-consuming to replicate their business. Thus far, this appears to be a 'no-brainer' stock selection.

But of course, there are risks. And one of the biggest is the continuous friction between Taiwan and China, with China threatening to reunite the countries. So the question from a portfolio context is: How much risk is acceptable to own this stock?

Let's take the extreme case and say China decides to reunite Taiwan with the mainland. (This may cause horrible humanitarian and other effects that would, first and foremost, be of concern. This discussion is not intended to minimize or trivialize them.) In this scenario, the worst case is that the value of TSM goes to zero.

One of the ways to incorporate this kind of risk is to calculate a risk-adjusted valuation with this zero-value scenario and assign a probability of its occurrence. By doing so, investors can understand the risk and determine if the benefits of holding the security outweigh the risk potential. In addition, it also highlights the benefit of having a well-diversified portfolio where one stock presumably won't unduly hamper the portfolio's overall return. In fact, research shows that holding around 20 stocks diversifies away about 80% of the risk from any single security.2

The above example may be a radical depiction of geopolitical risk. But even minor risks could hamper a company's operations. And U.S.-based companies are not immune. They face geopolitical risks in the form of sanctions, tariffs, and other regulations that may impede their ability to sell domestically or abroad.

That's why it's critical to assess risks and assign probabilities. Because as our portfolio manager, Mike Olsen, recently said, "I certainly cannot predict what will happen with global politics, and as a citizen of the world, I am always concerned. But as an investor, I think of things in terms of probabilities, and certain things are fundamentally unpredictable." 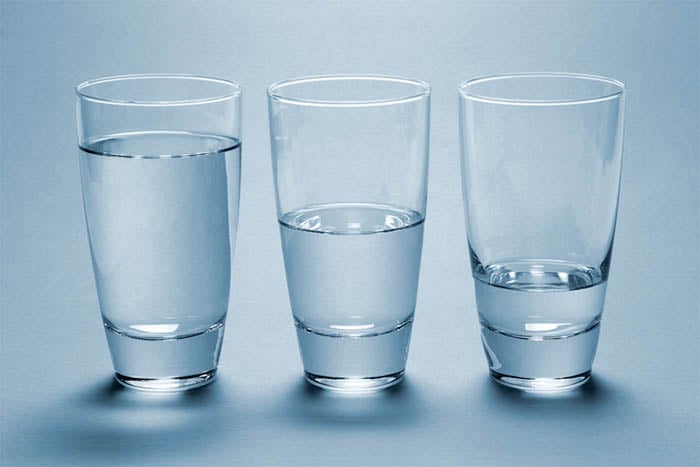 The Surprising Key to Potentially Reducing 80% of Portfolio Risk

You've probably heard about the importance of diversification for your portfolio. But when the... 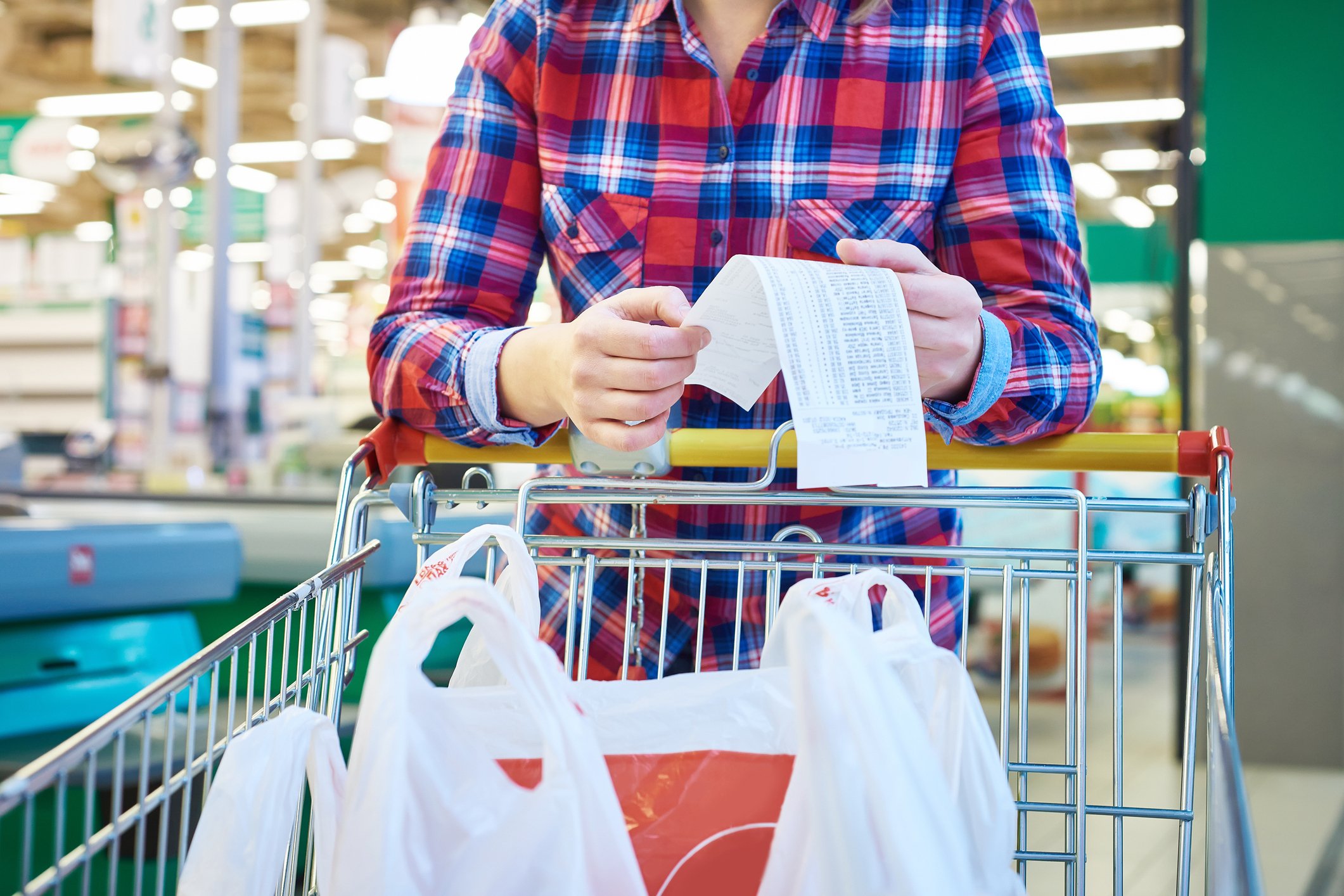 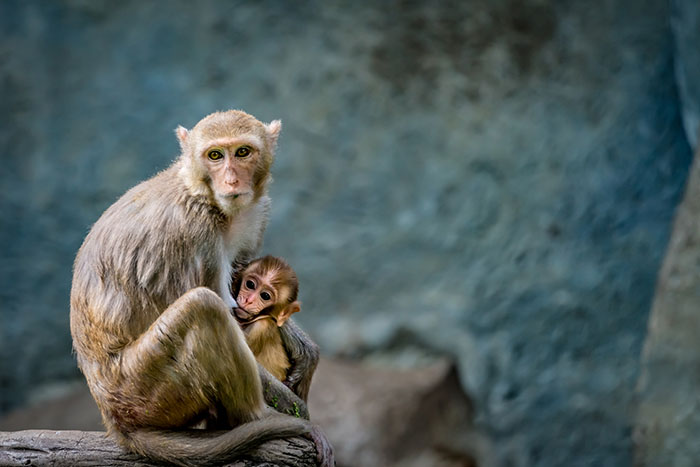