Investing for Women: One Key to NOT Outliving Your Assets

Women in general are on pace for a richer future than prior generations. But they also may risk falling behind inflation and outliving their assets.

Note: This is part two of the two-part Investing for Women series, where we explore how money and investing impact women’s lives. In part one, we explored how many women view and approach investing. In this part, we examine the one investment change most women should consider to boost their confidence that they’ll meet their wealth goals.

In her song, “Who Run the World,” Beyonce sings, “…we smart enough to make these millions, strong enough to bear the children, then get back to business…who run the world? Girls.” She may be on to something…well, when it comes to wealth anyway! Let’s look at some stats.

Today, women control one-third of total U.S. household financial assets—worth roughly $10.9 trillion.1 And it's growing at a substantial rate. Forecasts suggest North American women will amass wealth at a rate of 6.9% per year, up from the 6.1% pace from 2016–2019.2 In addition, over the next decade, roughly $11 trillion in assets are likely to shift into their control. So by 2030, U.S. women could control an estimated $30 trillion.1

Where does this wealth come from?

They earn it. And they inherit it.

Women account for roughly 50% of high-skilled workers in North America.3 And not just any high-skilled jobs; increasingly, women are taking a more significant share of corporate roles—especially in the upper echelons of management. For example, 44% of companies have three or more women in their C-suite, up from 29% in 2015.1 Today, more women than ever are the family breadwinners.

The other part of the wealth equation comes from transferring assets from a deceased spouse. That's the $11 trillion we referenced earlier.

What do women do with their wealth?

A growing number are investing. Research shows that two-thirds of women—of all ages—are investing outside of their retirement accounts—up from 44% in 2018.3

Like men, women place a significant portion of their wealth into investment funds. But unlike men, they tend to play it safer, gravitating toward bonds and cash-like instruments, such as money market funds. Men, on the other hand, hold more stocks. That preference for bonds and cash means that adult females risk not keeping up with inflation and losing out on higher-yielding opportunities. 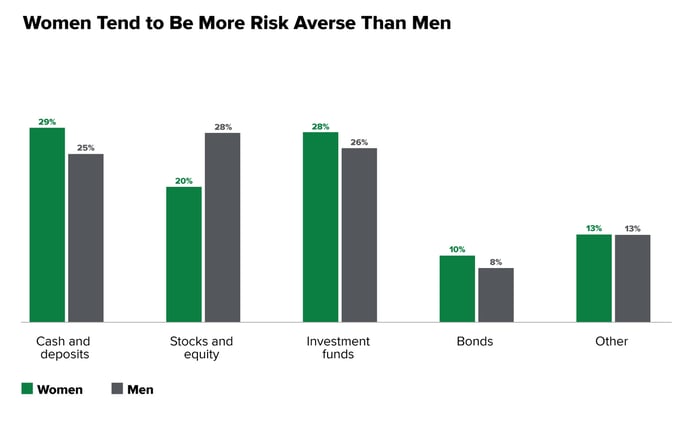 So that begs the question: Does selecting bonds and cash over stocks mean women think about wealth differently than men?

Many factors go into designing an appropriate wealth strategy. Two key considerations for individuals include their risk capacity (are they able to lose money without falling into dire straits?) and risk tolerance (do they have the stomach to withstand losses?). A critical component of risk capacity is time horizon. In the case of men vs. women, females have a longer time horizon on average. That means, in theory, they should be able to bear a higher risk level.

So, if the average woman has a longer lifespan than the average man, and therefore a higher risk capacity, could the size of her net worth be holding her back? Possibly. Let us explain.

According to loan data, women and men have similar liquid cash and debt levels. Their student and personal loan balances are comparable, although men hold higher credit card balances. Yet the average net worth of men is about $12,188, while women’s is $5,541.4 The difference? Their level of investments. 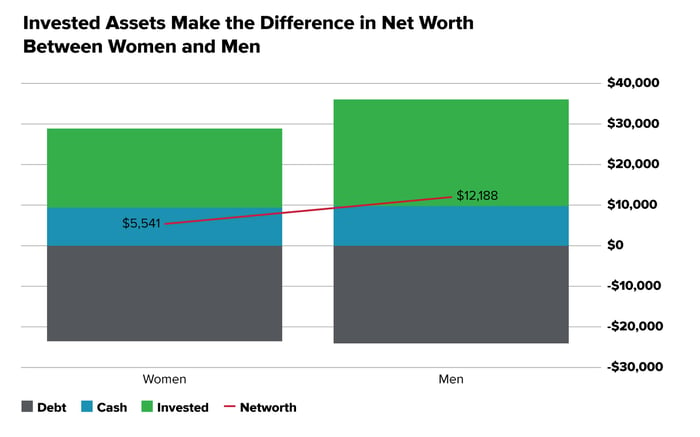 There are two prongs to this variance.

One is the level of income available for investing. Women often face domestic challenges through their financial life journeys. For example, they often have interrupted careers to rear and care for children or aging parents. They also tend to require more flexibility at work and have less time to put in "face time" than many men could and often do. So they typically advance more slowly and get paid less.

Together these challenges have left women at a lower starting point. And because they have less money to spread over their debts and other bills, their investable assets may have suffered.

The second reason for the variance is women’s tendency toward lower-yielding assets. For example, data show that the average annual return on a 100% stock portfolio is 10.29%, nearly twice as much as the return on a 100% bond portfolio.5 And in a low-yielding environment, such as we’re in today—even if interest rates go up by 1%-2% over the next couple of years—earnings on bonds or cash should remain quite low. So by having more bonds and cash, the ability to grow wealth is, on average, lower.

A potentially better option for the more risk-sensitive is a portfolio that is split between bonds and stocks. For example, the average historical return on a 50% stock/50% bond portfolio is 8.29%. 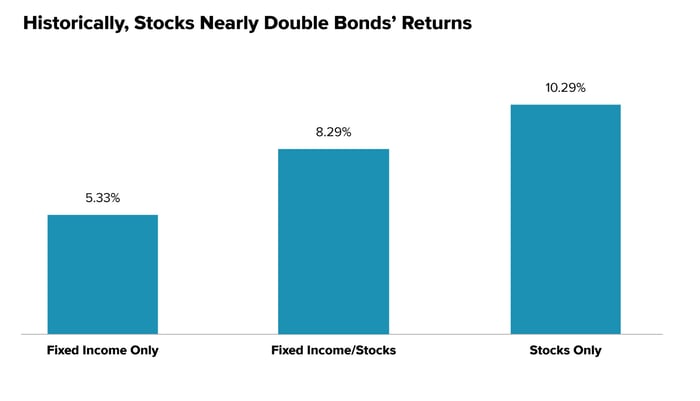 So what do we know about women and their wealth?

2. Women live longer than men, so they should have a higher risk capacity, in theory.

3. Yet, compared to men, they shy away from investing in stocks. Instead, they tend to gravitate towards bonds and cash-like instruments, which they perceive to be lower risk. But without investing in stocks, they could potentially face an even greater risk—falling behind and not keeping up with inflation.

But what happens when men and women invest similarly?

An analysis of 8 million retail client accounts separated by gender showed that women, on average, earned nearly one-half percent more per year than men when they invested in the appropriate mix of stocks and bonds for their risk level. That may not seem like a lot, but when you consider the power of compounding, the difference can be drastic over time. Similarly, a Warwick Business School study found that women's returns were 1.8% higher.

Why do women appear to be more successful investors? One hypothesis is that women tend to more thoroughly analyze the data to understand the opportunity.

Another theory? They tend to hang onto their investments instead of trading. Men are 35% more likely to make trades than women. For example, women appear less likely to hit the panic button during a downturn. Rather, they may let their investments ride for the long term, which data prove is often the best way to grow wealth. Because when you try to time the market by selling as the market declines and buying when the market goes up, you generally miss the best days in the market. Missing the 10 best days can cut a portfolio’s value almost in half.6

Ok, back to our list of what we know

4. When women invest the appropriate amount of stocks and bonds for their risk profile, their investments tend to perform better than men’s.

5. And unlike men who trade in and out of securities more often, women tend to stay invested for the long term. This is because staying invested offers a greater chance of capitalizing on the strongest market days.

So maybe Beyonce got it right—well, somewhat. Could women run the world? We have no doubt. But will they run the wealth? That appears to be a resounding yes. Because the facts point towards richer futures. But women also live longer, so we believe in many cases they should allocate a more substantial portion of their investments to stocks—otherwise they risk falling behind inflation and potentially outliving their assets. 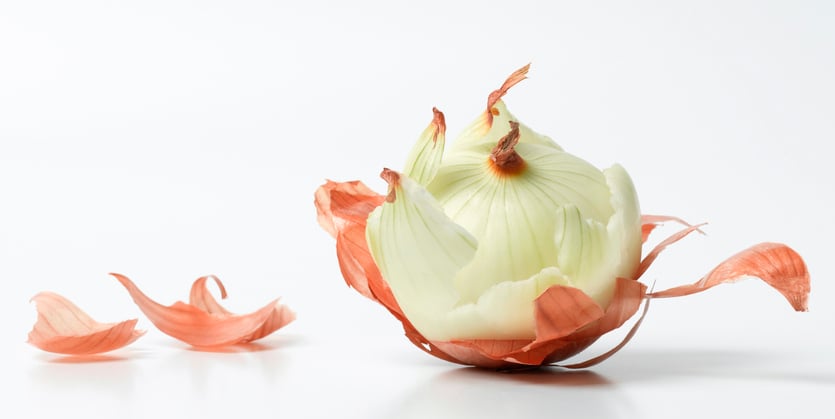 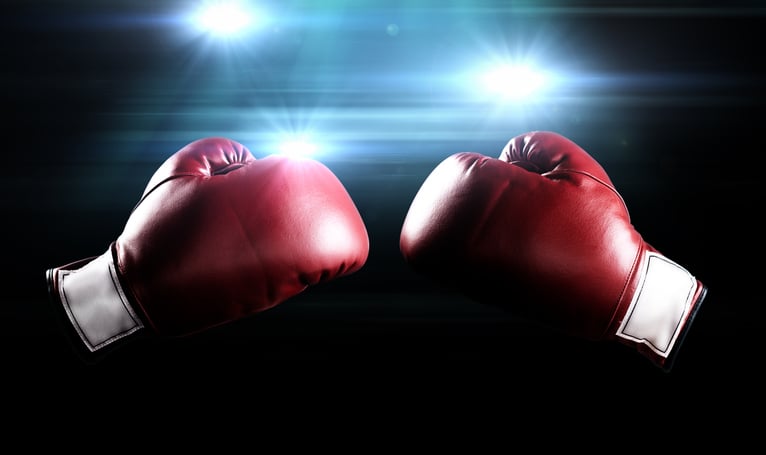 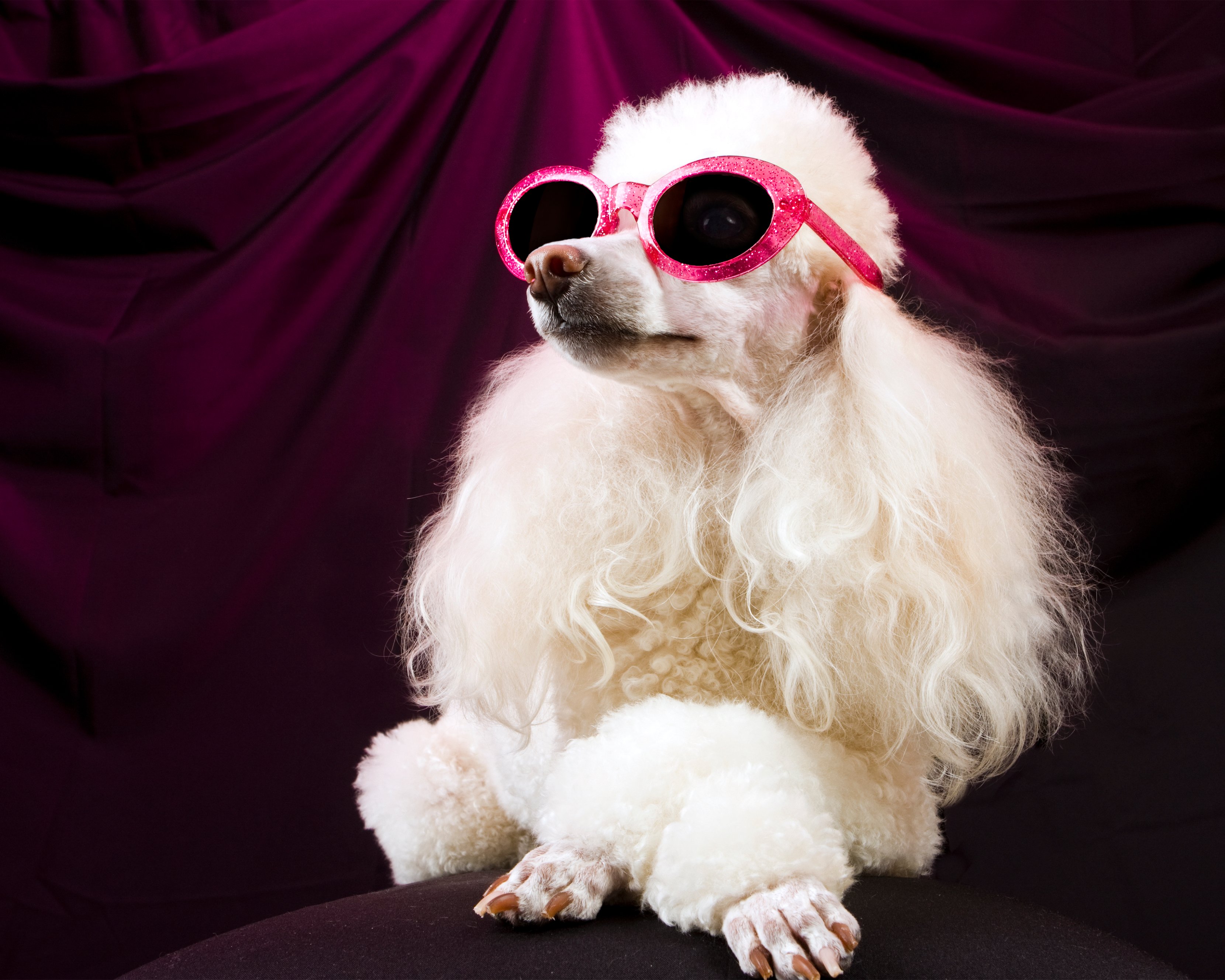 The 5 Money Habits of the Wealthy

Have you ever thought about how most millionaires made their money? Or even if you are in that same...